Developer KW has released the latest version of PSNpatch today with the public release of v4.66.30. In this update to the popular PlayStation 3 plugin, is a new enhanced Cobra Mode, this new mode the stealth extension are injected at run-time. This version of PSNpatch is comparable with every public 4.XX Cobra and non-Cobra Custom firmwares. Plus many optimizations and improvements "under the hood" [break]..[/break] that can be seen in the changelog provided below for this update to PSNpatch that can be used on Cobra CFW and standard CFW's with the use of PRX Loader.

Developer Aldostools continues to improve the the modded version of webMAN, that we know as webMAN MOD. This modified plugin (fork) of deank original version continues to impress and improvs with each release. In this version of the plugin for both Cobra CFW and Standard Firmwares running PRX Loader, the dev has fixed PS2 Emu [break]..[/break] Swapping, Added an IP filter, Added a new options to read PARAM.SFO from external ISO and more as seen in the v1.33.04 changelog.

Also PS3 Scene lets help support one of most enthusiastic developers and consider giving a small donation to help his website hosting. Aldostools does not need this site but he has provided it to a service for the community. We need to support this cause... 13 donations guys..

The hosting service is going to expire in 3 days (Dec 23, 2014)...
A small PAYPAL donation is appreciated to help to cover the high server cost
I've received so far 13 donations for a total of US$124. That only covers 33% of the renewal: US$374.63
Thanks to the people that have already contributed...
​
Click to expand...

Over at PlayStationHAX forums developer TizzyT has released a Tool called JSXviewer, this tool is not finished but can be useful to the community in it's current form. This tool will allow you to view and extract the contents of a .jsx files these are common files found in various animated Themes on the PS3.​
Continue...
PS3 A new Front-end for PS3 MAME 0.125 by comango
13 38,513 by STLcardsWS : Dec 19, 2014 at 5:14 AM

Here is some news in the PS3 emulation front. Some of you may recall PS3 MAME 0.125 from developer Ole, Its a good MAME port for the PS3, personally prefer I MAME 0.78 (aka MAME 2003) in RetroArch but that is not to take away the from this great MAME port that ps3 developer Ole, which was lacking a nice frontend .Well now a developer over at Torgua-Cove that goes by the handle comango , created this very nice Frontend for the emulator as you can see from the pictures below this frontend adds alot to this emulator. You can see the pics below and also see the video below of the original version. As you can see this new frontend differs and does add some new eye-candy to this MAME port.. 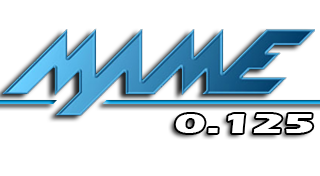 It has been awhile since we check up on Showtime Media Center, which just happens to be one of the best PS3 Homebrew Applications ever created and also one of the most updated ones as well. Developer Andreas Öman has really made one hell of an application and not only does the application improve but many new Plugins are developed for the Media Player often. Just recently developer lprot , creator of many Showtime Plugins has added two new additions. The cloud service Copy.com now gets showtime support with a new plugin and the media center also see's Google Drive Support as well in the form of a plugin. Below you can see a bit of the latest updates and progress on what has truly became a masterpiece and continues to impress.

As we wait for the next official release of Team Rebug's next Custom Firmware (CFW), The team has shown they have been working on some great new advancements. As you may recall a couple of weeks ago we told you about the new PS2 Placeholder that works with both PS2 Classic's and ISO format games for NONbc Consoles. Well the Rebug Team has went a step farther and resolve the Controller sync issue with PS2_GXEMU for Semi- Backwards Compatible Consoles (Semi-BC), the developers also believe they will be able to do the same with HWEMU for Full BC consoles. [break]dd[/break] (in testing). Checkout the tweet & video below from REBUG developer Joonie as Habib was able to slay this troublesome issue that plagued PS3's since firmware update 4.50. So there you have it, in the next REBUG CFW we should see a solution for all PS3 consoles. Huge Thanks to Team Rebug, we are looking forward to your next release

A Tweet from Joonie (One of Rebug's newest Team Members, along with Habib)

A Video of a Semi-BC Console launching a PS2 ISO with no Controller Sync Issues !!!

Source: twitter.com/Joonie86
Checkout the news on the Controller Sync Issue FIX for nonBC Consoles that Rebug will release in it's next CFW release

Following the recent release of Darknet 4.66 v 1.01, darkjiros has released Darknet 4.66 cex v1.02 [cobra_edition]. In this update, darkjiros has fixed the cobra mod PS2 Emu Swap problem that existed in previous versions of 4.66 Darknet Cobra CFW. [break]ddd[/break] For a more expansive list of features and tips on how to use this CFW, check out the information from darkjiros below.

The console may of just turned 20 years old recently but that is not stopping the Homebrew Community from making new games for platform. A new PlayStation 1 (PS1) Homebrew Game has popped up from developer Sebastian Mihai. This recently released game titled as The 11th Power is similar to 2048, but differs in gameplay, Instead of numbers [break]ss[/break]which can be a bit boring at times. 11th Power uses Colored Balls each representing an exponent, with the object of getting blue balls, No no not the blue balls your thinking of but 3 blue balls not the pair. In attempt to achieve 2048. This clever take on the game is impressive and is can be very enjoyable. Checkout all the details in the release notes below and be sure to checkout additional details in the links provided at bottom of the article


I had found a PlayStation SDK a long time ago, but was unsuccessful in getting it to work after a few tries. About 3 years later, I gave it another shot, and finally managed to fix it up, getting some sample source code to compile. The 11th Power was quite easy to develop, taking only about a week and a half's worth of evenings....​
Click to expand...

Developer Aldostools come through with another update to webMAN MOD, this update is a small update but does contain some improvements. Some code was removed as it was no longer needed and thus makes the plugin more efficient by leaving less of a memory footprint. Which is always a good thing as plugins do [break]..[/break]have memory restrictions. So anytime you can reduce the memory footprint the better it is for future development. Also several issues were identified and addressed in this update. Plus to round out this update the developer has tweak the installer to install the webMAN.xml Menu and Icons for the XMB. See the complete changelog provided below.

Update:
Following the release of WebMAN MOD v1.34.02 earlier today, developer aldostools noticed some minor bugs preventing the display of icons for content on NTFS hard drives. Therefore, WebMAN MOD v1.34.03 has been released. Also included in this quick update is the option to install the Lite edition by holding X for a few seconds when launching the updater.

I updated webMAN MOD 1.34.03. The version 1.34.02 had a terrible bug that prevented the display of the icons for the content on NTFS.

I also modified the updater with...
Click to expand...

Following the previous update of PS3 ISO Tools that developer Rudi Rastelli drops on the community a few weeks ago comes a new update with v2.1. In the last update the developer swapped Estwalds "makeps3iso" with Cobra's "genps3iso" to give the application ODE support. Now the dev has brought back the "makeps3iso" by allowing CFW to user either ISO creation Tool. ODE user's should use [break]ddd[/break] "genps3iso", Also in this update there is a Patch ISO function will be disabled for CFW under 4.20 and also various bug fixes have been made see more on these changes and even more jammed in to this update from the developer's Changelog found below.

[UPDATE: Version 1.07] Autoplugin 2 released by @TheheroGAC & ONElua Team!
Unlike the PlayStation 4 with it's slow Homebrew Content, the PlayStation Vita always saw a strong Content of Homebrew and other useful Plugins, which makes your life easier with a hacked PS Vita. In fact, we still see today new plugins released for this Handheld Console, no matter if you want to Overclock your PS Vita to make your favourite Games even better performing or if you just need some handy tools like an always running FTP Server, where you can transfer your favourite Games and other Homebrew Releases on-the-fly. But installing them wasn't always a easy task and there was even a risk when adding them manually, which could harm your complete System when pressing a wrong button. In short, it was always elaborate to install all those wonderful Plugins bit by bit. But luckily we had Autoplugin for this in the past and today, well-known Developer @thehero_ together with the ONElua Team are releasing Version 2, where not only you can now see which Plugins you have already installed on your PS Vita, but also that you can now directly download all translations inside of Autoplugin without any need to quit the App as it was necessary before. Together with more new Features you can see down below and with a new Design, Autoplugin 2 will make your life even more easier now for both you and your PS Vita!​
Continue reading...