There has been alot of impressive PlayStation 4 modded consoles appearing all over the net and over at extreme-modding.de they have a very nice collection. You should checkout that website for a huge array of Hardware Mods for the PlayStation 4 (PS4), one impressive mod among many is the Resident Evil Case Mod. This mod is very impressive and looks like a very clean hardware mod. Some of the other Hardware mods for the PS4 include a LED DualShock 4, a wide range of Fan Mods and a large collection of PS4 Case mods. All these mods and more can be found at extreme-modding.de . Also you can checkout the collection of various mods here in our PSX-Place forums also: link

Some progress in the PS VITA scene have been going on lately and recently developer xyzz has released some new developer tools that include VitaDump and GrabNids. These Python Tools from the developer allow for various exploring and allow for some new task that hacker should fine useful. View all the details in the ReadMe contents below.


vitadump.py
Just load your binary into IDA and run the script from IDA menu: File -> Script file...
It will:

Here is a small update to the Control Fan Utility. This is a fork of the original version developed original by Estwald. In this version by GameSonic developer Orion, there has been added V4.65 Support for both CEX & DEX, And also a new feature was added that displays the Kernel / CFW version you are currently using. [break]dd[/break]

Now i get asked this question alot, in regards what Fan Control should someone use? The Control Fan Utility (& forks) or the Dynamic Fan Control within webMAN and my choice is the one webMAN soley because it uses less resources and offers a bit more control. Not to say this Control Fan Utility is not a great utility. but for my personal choice is webMAN but this makes a great alternative if for some reason you do not use webMAN. You can view all the details of this release in the details provided below.

A recent update to GameSonic Manager was released by fork developer Orion recently. This update marked as v3.31 adds support for the recently released REBUG REX + COBRA v4.65 CFW & 4.65 DEX. Also new in this version comes a feature to dump flash via the file manager. Then to round out this update was improved firmware recognition that will now display the CFW, Kernel and payload versions. You can view all the details of this release in the notes provided below:


About: Dump Flash Function
​
We tested the function only on memories Nor but the code is the same even for Nand. As soon as you click on the option will dump the PS3 and will eventually make 2 beeps, indicating that the dump is successful, and after you will be taken immediately the list games of gamesonic Manager.
Click to expand...

Developer aldostools dropped by our forums recently to share some updated applications and utilities. IRISMAN was updated to v3.31, RetroXMB Creator gets a minor update, Various other IRISMAN tools such as prx+mamba, LastPlay, BDUnmount, etc all have been updated to include 4.65 DEX & (REBUG REX) Support. [break]d[/break]. View additional information about these applications and tools in the links provided below.

RetroXMB is also updated with the latest EBOOTs for PSX and Showtime launcher.
Link: RetroXMB_Creator

Congratulations to Team Rebug for the new members (Joonie and smhabib)! Awesome devs!
Click to expand...

The latest version of CCAPI (ControlConsoleAPI) has been released by developer Enstone. In his latest build marked as v2.60, 4.60 & 4.65 CFW support has been added, Along with COBRA CFW Support and some new functions as well as seen in the changelog provided. To learn more about CCAPI and what it can do checkout this forum link for additional information. For those of you that know all about this application checkout all the details below.

CCAPI is a software that establishes a connection between your ps3 and your computer. You can control your ps3 from your pc. Some CCAPI functions:

Following the official release of REBUG v4.65 REX w/ COBRA, the team (Evilsperm, CyberSkunk, Joonie & Habib) have announced a new update will be incoming that addresses a few bugs in the CFW. These bugs would not of been in the CFW originally if the team was able to release the work as they intended. After evilsperm made a mistake and accidentally published the CFW and it's incomplete release notes for a moment. It happened at a time when Google Cache took a snapshot of the webpage.[break]..[/break] So as BobbyBangin (Ps3hax supermod) was alerted of this they decided to release the work knowing the notes were incomplete and not knowing the safety of the firmware. So the team is working on v4.65.2 of REBUG REX & D-REX and will be released soon, Stay tuned here to PSX-Place as this story develops...

It has come to our attention that there are minor bugs.
We try to test on as many consoles and languages as we can, but things can creep up from time to time or are just over looked.

Bugs that will be squashed:

Huge news as we finally have seen a new OFFICIAL REBUG CFW RELEASE. This release came with some help in two new REBUG CFW developer's to join the REBUG family in Habib and Joonie. Who have been doing outstanding work on their own, now together with REBUG and the talent from rebug and the sources and tools they provide. This is great news for the CFW development[break].[/break] community if this teams works together for future progression of REBUG CFW. Two builds have been released by Team REBUG. A Standard REX for CEX user's and also a D-REX version for DEX user's. Cobra 7.0.2 has been added which many improvements to COBRA. webMAN Mod has been added along with the latest v2.02.01 of REBUG Toolbox included plus much more you seen see in the release notes included below.

Following the release of Swing Copter v1.0 Final, developer Sandroron has now updated his Flappy Birds Family Port that now also includes Sounds support and improved graphics thanks to the improve PS3Lua Player improvements by fellow developer 3141card. The developer had planned to add multi-player support but has since postponed that feature in favor to port additional games to the PS3. View all the details of this very fun release from the developer below.
Continue...
PS3 [PS3] dump_eeid and flash_eeid Tools released for NOR / NAND models
1 2,396 by STLcardsWS : Oct 26, 2014 at 3:29 PM

zecoxao with help from squerrini and 3141card has released Dump eEID and Flash eEID Tools for NOR & NAND Models of the PS3. eEID should not be confused with EID Root Key Dumper recently updated .Now this is a dangerous tool if you do not use it correctly or understand it's proper usage as it's messing with the internal flash files of your console. So any mishaps will likely result in a console brick. For more information about eEID [break].[/break] and it's uses checkout this link from ps3devwiki. View the release quote below from developer zecoxao 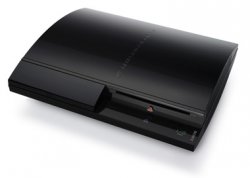 Flash Writer (PS3Xploit) Unofficial Update by Imn7: Checks for HFW / Factory Installed FW /...
The PS3Xploit's Flash Writer has seen an unofficial update provided by developer @Imn7 that adds a few additional checks to see if HFW is installed prior to using (HFW is a simple modified (hybrid) firmware that re-adds a vulnerability (from OFW 4.82) used in ps3xploit tools), dont have HFW installed or do not know upon launching you will be prompt with "You must install Hybrid Firmware (HFW) 4.85 before using the flash writer!" Also a check to view the minimum factory firmware that was installed in factory on your console. This is important check (automated or done manually) because it will help determine if your console is a Custom FirmWare compatible unit or not. Anything over 3.56 firmware installed in the factory can not install a CFW (those models should look into using PS3HEN if that is the case.). This unofficial build of the flash writer will provides extra detection/checks in the addition to the magic found in the original tool, a list of full checks can be seen in the release notes provided by the developer below:​
-STLcardsWS​
Continue reading...