Unlike the PlayStation 4 with it's slow Homebrew Content, the PlayStation Vita always saw a strong Content of Homebrew and other useful Plugins, which makes your life easier with a hacked PS Vita. In fact, we still see today new plugins released for this Handheld Console, no matter if you want to Overclock your PS Vita to make your favourite Games even better performing or if you just need some handy tools like an always running FTP Server, where you can transfer your favourite Games and other Homebrew Releases on-the-fly. But installing them wasn't always a easy task and there was even a risk when adding them manually, which could harm your complete System when pressing a wrong button. In short, it was always elaborate to install all those wonderful Plugins bit by bit. But luckily we had Autoplugin for this in the past and today, well-known Developer @thehero_ together with the ONElua Team are releasing Version 2, where not only you can now see which Plugins you have already installed on your PS Vita, but also that you can now directly download all translations inside of Autoplugin without any need to quit the App as it was necessary before. Together with more new Features you can see down below and with a new Design, Autoplugin 2 will make your life even more easier now for both you and your PS Vita!​
Continue...
The Power Supply (Vol. 06) - Our Guest Today: "Blu-Play and BD-J Developer mr_lou"
3 3,928 by Roxanne : Apr 25, 2020 at 1:22 PM

In our Interview Series, we always try that you can profit with each of our candidates by mainly three things. First, you gain an insight behind each Developer and his/her work he/she is doing for the community. Second, we summarize the most important Releases from each Developer, so you can get a good overview of which Tools and Homebrew you need to make a specific task easier by your own (like for "jailbreaking" your PS3 for instance). And as a third goal, we always try to make those interviews so useful, that you can draw some lessons from it when you want to study further behind some Hacks, Exploits, and other Homebrew or when you want to develop your own Hacks and Homebrew Applications from ground-up. This is why you already probably recognized from our previous coverages, while the "final questions" were mostly such of them. But with our guest today, we can promise that you will learn more than ever before, even already from the very first question.

And the coolest thing is, you don't even need a hacked console to make his Homebrew runnable since it even runs on Original Firmware for both the PS3 and the PS4. And didn't you always dreamed about creating a Homebrew Game on your own as a small kid? If so, then you should read further because without further ado, our Guest Today is BD-J Developer mr_lou - the creator of "Blu-Play"!​
Continue...
PS3 [UPDATE: April 26th, '20] HW Acceleration (RSX) Project Update by @ReneRebeTM
177 112,471 by STLcardsWS : Apr 24, 2020 at 2:39 PM UPDATE (April 26th, '20) - Another New Video Released >>> The next PS3 NVidia RSX accelerated X.org steps (Original Article from Nov. 14) Is the PS3 a bit closer to gaining Hardware Acceleration (via RSX) in OtherOS (Linux) with a proper driver to enable the GPU chip? We are not there, but we may be getting closer to a reality. Earlier this year (back in April) we detailed some of the progress that the busy dev RenéRebe has made with unlocking the potential of the PlayStation 3's RSX chip and now today we have been greeted with a new video and what we can expect with this project as the developer starts to undertake the challenge of further unlocking one more component of the Ps3 hardware,. The developer has alot of videos on other intresting subjects in his diverse YouTube channel >>> (Bits and More) <<< many very informative video's..​
Continue...
PS3 Littlebalup's 4.86 Dual-Boot (DB) firmware released
25 9,190 by STLcardsWS : Apr 18, 2020 at 6:36 PM The Dualboot (DB) firmware is nothing else but an Official Firmware (OFW) . The ONLY difference is that you can RETURN and INSTALL a (4.86) CFW directly (without having to run an exploit again). So this is only useful for those existing CFW user's. To review, basically you install this PUP when you want to be official (for doing things like using PSN) and then re-install your CFW PUP when you want your custom firmware abilities back, such as launching homebrew. Additional details about this firmware can be seen below in the release notes provided by littlebalup​
Continue...
PS4 PS2 Classic GUI v1.0.0.21 - New Compatibility Check Added (PS2<>PS4)
0 5,401 by STLcardsWS : Apr 18, 2020 at 6:17 PM

If you have a Jailbroken PS4 and want to bring your personal PS2 Collection to your exploited PS4. Then this tool called PS4-PS2 Classic GUI by @The Darkprogramer is an easy to use solution for transforming your old PS2 disc (note: tool only processes ISO file's, ps2 disc not support directly) into an installable PKG format PS2 Classic game. Recently @The Darkprogramer has provided an update to the tool with v1.0.0.21 and provided some new features and improvements such as the inclusion of a new Compatibility Check system on the fly when an ISO is loaded into the tool. The compatibility is checked against the PS4devwiki database that the ps4 community has compiled over time. Checkout various changes the developer made recently in the logs provided below ,​
Continue...
PS3 ControlConsole API CCAPI) v2.80 - REV.7: Developer Enstone provides 4.86 CFW (CEX) Support
0 3,485 by STLcardsWS : Apr 18, 2020 at 4:11 PM DO NOT USE ON PS3HEN, THIS IS NOT FOR PS3HEN. PS3 CUSTOM FIRMWARE (CFW) USAGE ONLYDeveloper Enstone recently released an update to the CFW ONLY application CCAPI (Control Console API), that should never be used on PS3HEN / With 4.86 released, CCAPI like other homebrew needed a small maintenance update to support the new 4.86 firmware for CUSTOM FIRMWARE user's and Enstone has provided that update earlier this week

ControlConsole API (CCAPI) allows for communications from your PS3 to other device's for software designed for either your PC or Android Smartphone/Devices . This can provide PS3 Temperature monitoring, Editing of IDPS and PSID, Running of non-fself *fself in real-time and Real Time (RTM) Game Modding as well. CFW user's have this project as a choice and also the PS3MAPI solution as well (nowadays implemented into webMAN MOD).. You checkout some of the release details and information about this project from developer Enstone below​
Continue...
PS4 PS4 App Lock (by Lapy) v1.00 - Need to lock your apps or games on your Ps4?
1 1,985 by STLcardsWS : Apr 17, 2020 at 7:37 PM

Developer Lapy has been creating various PS4 Homebrew Projects (powered by unity) and now a new one to add to the collections that is growing, We have seen the developer produce many Homebrew games, like River Raid Remake and many others which can be found in the Lapy Game Collections (includes 9 games). The developer has created various utilities like PS4 Player, PKG Extractor and PS4 Xplorer. Now the developer has created a new utility called PS4 App Lock. The project does what the title implies, allow you to LOCK your apps/games from being accessed. Have roommates, kids, younger siblings or anyone you want to restrict on your PS4, With this app by Lapy you can create a custom PIN Code and apply it to your games. We have some screenshots attached of the application in action, where also a rating of the game is displayed in the lock screen. Checkout it out below.​
Continue...
PS3 4.86 FERROX COBRA (v8.20) Custom Firmware by Alexander
18 34,292 by STLcardsWS : Apr 13, 2020 at 7:20 PM 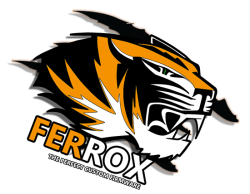 As the 4.86 OFW update has the PS3 developer cranking out updates, we now have a couple Custom Firmware choices for capable PS3 models (to know if your PS3 model can install a CFW, simply load the exploits page of bguerville PS3 Toolset in your PS3 Browser, more info here) Its good having two well known developer's release CFW's since the 4.86 OFW update .

First we had @Joonie (of team rebug & hfw developer) release 4.86 REBUG LITE, now we have another known Custom Firmware developer in @Alexander with the release of 4.86 FERROX COBRA. this cobra cfw comes with v8.20 of the payload and contains the usual tweaks in the FERROX brand . For those of you new to this CFW you can view some of the features listed below, the developer offer's some additional XMB mods that can be found in the source link provided below wi6th instructions in how to install.​
Continue...
PS3 Movian (Media Center) v5.0.701 by deank - Improved OSD / HLS bitrate switching Fixed / ...
14 4,835 by STLcardsWS : Apr 12, 2020 at 8:33 PM

Developer @deank (who we recently interviewed) has pushed an unofficial update for Movian, a multi-platform project originally developed by Andreas Smas (available on Android, Linux, OS/X, Raspberry Pi and PS3) .For those of your that are new to this longstanding PS3 project, it's a robust media center that comes equipped with additional support for video and audio codecs then what you would find in the PS3's official media player. Various plugins are also available from within the application such as YouTube plugin giving user's an additional option vs the YouTube app .There are other various plugins you can use that provide ranging functions some include themeing /info / other functionalities. Recently deank has released v5.0.701 and there has been a few cosmetic changes (listed in the changelogs provide) and a couple of bug fixes provided (see 2nd tab)..​
Also available is the .SELF version (of update 5.0.701) the SHOWTIME.SELF is used in apps like multiMAN and IRISMAN, basically its the same as the main project but has a few subtle changes like for example when you exit movian (from app not the in-game xmb) you would go back to multiMAN rather then the XMB, then your saved XMB Videos folders are visible in Movian​
Continue...
PS2 RetroArch (PS2) - New WIP Toolchain (by fjtrujy) could provide increased performance soon
2 4,992 by STLcardsWS : Apr 12, 2020 at 7:51 PM

Developer @fjtrujy known for porting RetroArch to the PS2 (which now an official port of RetroArch), has also recently announced the intentions of creating homebrew projects with the PS4 (as seen here). However the developer hasn't brushed off or set aside the PS2 port. Experimenting with a new Work-in-Progress toolchain the dev has been able to maximize performance in some cores like the QuickNES core running full FPS (see comparison video below). The toolchain may even provide support for cores that require a bit more juice like the arcade emulator MAME2000, while the core has alot of work yet to be fully optimized it has shown some potential and played some games like Ghost-n-Goblins well (seen in the video attached below),

The developer is seeking " help of the GCC community to finish, some CPU instructions are pending to implement" to maximizes the potential of this new (wip) toolchain. Additional info can be found in the recent tweets by the developer found below. Looks like its early yet for the toolchain and more work needs to be done but appears the dev is on the right track in tapping into some additional potential from the iconic and still development strong PS2.. .​
Continue...
Page 2 of 172

[UPDATE-3] Daedalus X64 v.0.3 by @Rinnegatamante --- N64 emulation is progressing on the PS Vita
UPDATE 3 - v0.3 Released
(Update May 1 - First Alpha Build (v0.1) Release!!!): Developer's Rinnegatamante & masterfeizz (provided ARM dynarec support for both Vita/3ds ports) have been making significant progress on the Vita port, while there is still improvements to be made the first build is ready for release of the first native Nintendo 64 emulation (DaedalusX64-vitaGL) on the PS Vita. Take a look at the development timeline below for a view of some details during the development cycle that got us to this point in the recent weeks. There is a new video attached below in the timeline​
Continue reading...