The RetroArch project keeps evolving and has been updated to v1.8.3 (UPDATE: Now on v1.8.4 [16th January 2020] - see Changelog for more Information) as a number of new improvements come to both the PS Vita & PSP ports. Developer's and libretro contributors from all over have been elevating the emulation project. In particular @frangar and @fjtrujy are coupe of the devs who have been porting new cores to the PSP. Now MAME 2000, freeIntv, TGB Dual and Handy are some new libretro cores running in the PSP port. Then the PS Vita port has seen performance improvements for MAME 2000, 2003 and 2003_plus. Additional details below and also on the official blog post linked below.​
-STLcardsWS​
Continue...
PS Vita / Ps TV vitaQuakeIII v0.9 Released - Data Files Downloader Added + "Urban Terror" support added
0 2,541 by STLcardsWS : Jan 12, 2020 at 10:18 AM

Rinnegatamante has released version 0.9 of VitaQuakeIII for your homebrew enabled PS Vita for when your on the go or your PlayStation TV / Vita TV when your gaming away on the big screen. Either way this is an enjoyable homebrew port. In this version marked as 0.9 the developer has added an Automatic Data FIle Downloader when data files are not present. This makes the release much easier to install and setup and a nice edition to the vita homebre. There has been alot of attention to performance as well in this update the addition of dynamic libraries support for OpenArena core has provided a significant boost. Also, this update provides some experimental support for Urban Terror. This add-on is multiplayer, but as the vita port developer explains in the release notes provided below there will be some issue as outlined due to this was a release designed for the PC and the Rinnegatamante had to do quite a bit of work to get it running on the Vita:​
Continue...
PS3 webMAN MOD v1.47.26 updated by Aldostools
55 16,962 by STLcardsWS : Jan 11, 2020 at 10:13 PM

A smal update has arrived to the popular PS3 plugin that comes packed with tons of functionality. webMAN MOD has been updated from developer @aldostools with the release of version 1.47.26. This is not a huge update but the dev has pushed a fixed to a "gamepad combo" issue that was reported by wmm user gosseux,The problem seemed to occur if combo "select+up/down" was disabled it also was disabling "Select+O" button combo. This since has been fixed with this new update, also there was a requested feature added. That feature (syscall command via web) should not be used unless you know you are doing as there could be some issue occur if used incorrectly. So its a use at your own risk feature . More about that feature can be seen in the changelog provided below.​
Continue...
PS News Meet "Blu-Play" - A Development Platform for creating Homebrew Games running on OFW!
9 5,930 by Roxanne : Jan 11, 2020 at 6:45 PM

There are a lot of Homebrew Apps as well as self-made Homebrew Games for various Consoles outside. But when creating Homebrew, there is always the question how to release it, so most Users can take profit of it. Sure you already saw how you was able to run your favourite Homebrew on a Console with a Custom Firmware installed or it was usable by running a Kernel Exploit before that. This meant that you were always forced to use a specific System Firmware which won't allow you to use them on the newest Original Firmware (OFW) these days. But did you know that there is actually a possibility to enjoy Homebrew Games while being on the latest System Firmware for having the "Best of Both Worlds"? The "Magic Trick" is using BD-J - or Blu-ray Disc Java in long terms - as a Platform Language, which is already in use when you play a common Movie bought as a pressed Blu-ray Disc (especially for many Menu Titles of each Movie). And since both the PS3 and PS4 also supports Blu-Ray Movie Disc Playback, you can be assured that this Feature won't be patch in the next few years!

With all this in mind, Developer mr_lou (crediting his Games as LuBlu Entertainment) thought about not only to create his own Homebrew Games using BD-J (he is specialized in creating older Console Generation Games kinda as a "Homebrew Remake"), but also welcome you by offering you a whole Platform so you can "Getting Started" by creating you own Homebrew Game as well! How cool is that?​
Continue...
PS2 FORTUNA FMCB Launcher by VTSTech
36 7,562 by VTSTech : Jan 11, 2020 at 10:33 AM

In the PS2 Community developer @VTSTech has been sharing a few new tools and utilities and the developer recently release the FORTUNA FMCB LANUNCHER (SCPH-9XXXX Models w/ 2.30 bios), currently residing at version 0.2 the tool is a great asset to the recent breakthrough of the Fortuna Project, which a new ps2 exploit by developer @krat0s (from PS2-Home.com). With this utility by VTSTech you can "quickly launch FMCB or BOOT2.ELF from either Memory Card" as VTSTech details below for full info surrounding this recently released tool:
​
-STLcardsWS​
Continue...
PS Vita / Ps TV Volume Control Pack (by GrapheneCt): Control system Audio in real-time
0 1,726 by STLcardsWS : Jan 11, 2020 at 2:24 AM

One of the advantages of having an exploited system is the ability to create solutions and developer GrapheneCt has done just that with this latest release for the PS Vita or a PlayStation TV/Vita TV. If you find yourself with a hardware limitations/malfunction (like a broken volume button) or simply the ability to adjust the volume in real-time by an alternate means, then Volume Control Pack is something to keep a watch on as this project develops. In this initial release you can install the vpk or you can also install plugin for some added functionality.

According to famed Vita developer @Rinnegatamante this release marks the first "system app" homebrew.. "system app which means you can run it while another app is running (eg: Open VitaShell and then open this homebrew and it won't ask you to kill VitaShell at app launch)"​
Continue...
PS4 PS2 Classic GUI for PlayStation 4 updated to v1.0.0.22
12 7,200 by STLcardsWS : Jan 8, 2020 at 11:09 PM

PS2 Classic GUI (by @The Darkprogramer ) is an essential utility for PlayStation 4 user's with homebrew capabilities (aka jailbroken) console when it comes to the creation of your own Custom PS2 Classic packages. These packages can contain your individual ps2 game's from your collection to use one your PS4 or you can even prepare homebrew pkgs, as some PS2 Homebrew is capable of running through the Ps2 classic emulator on the PS4 (a few examples). This utility makes preparing and customizing the packages very user friendly (includes a built-in tutorial) and then exported is a ready to install pkg on your PS4 capable of running homebrew (currently that is from the PS4HEN exploit on firmware 5.05)

The developer did state on twiiter "There are a few eggs hidden as well." However there has been no changelog listing for this update? So, be on the lookout and comment below if you notice any Easter Eggs... There has been one potential easter egg shown with this tweet​
Continue...
PS5 PS5 Logo Introduced @ CES & New PS5 forums here at psx-place
21 4,611 by STLcardsWS : Jan 6, 2020 at 8:47 PM 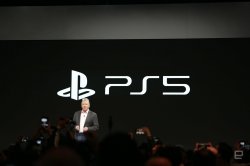 The latest move in the next gen hype has embarked on us as Sony unveils the PS4 PS5 logo as CES to leave the gaming community on a cliffhanger. While not much was mentioned about the next generation console we have came to one conclusion that the PS5 logo budget seems to be about the same as the budget for PS3 firmware updates. Also a few days ago i figured it was due time to add a PlayStation 5 Section to the forum as well. Right now there is just a general discussion area for now, it will evolve as the PlayStation 5 is released in the 2020 holiday season We have a dissuasion thread here in the forum about some of the rumors and specs of the next generation console here.

Developer @dnawrkshp originally ported Lazy Bastards's Artemis to the PS3. The PlayStation 3 port is a cheating system for applying cheat to games utilized on CFW/HEN enabled console's that also comes with a companion plugin (sprx) for additional functionality. @bucanero who you may recall is the developer who ported PKGi recently to the PS3. has now turned attention to updating Artemis-PS3 for 4.85 use and the developer has added two new features to go along. First, we have an Online Cheat Database that will allow you keep your cheats up to date with a simple online download and also a Local Database Update feature has also been incorporated into the system. Also a shoutout to @Berion who's designs still looks great in the GUI

(Update R2 released) Developer @OsirisX is back with release 2 of the PS4 port of RetroArch , this unofficial port (based on v1.8.1 of the main project) now contains 37 libretro cores adding an additional 12 since the initial release, those cores include the arcade core FBA & also a Sega Saturn Yabause (curious how that compares to the standalone from znullptr), while N64 emulation still needs some work the parallel_64 core included in v1 has seen a new companion and n64 offering in the addition of the Mupen64 core. The new n64 core does offer some small speed improvements from parallei_64 and may still need some improvements to come in the future hopefully (please share your results/feedback below, which games are working for you?).. Also a bug other's and myself experienced has been addressed, the issue being (in r1) where we could not launch any content in other locations, such as in playlist has now been fixed in the r2 release. That is a welcomed bug to be squashed as now playslist/collections/favorites ect.. should work fine. The PS4 homebrew scene looks in alot better position then it did weeks ago. You have to really stop and look the PS4 now has 37 different things it can now run that was not possible a couple weeks ago. Stay tuned as this is port is sure to mature even more with time and likely become an official release sooner or later for the RetroArch project. The libretro team has already expressed support..​
Continue...
Page 3 of 169

FORTUNA FMCB Launcher by VTSTech
In the PS2 Community developer @VTSTech has been sharing a few new tools and utilities and the developer recently release the FORTUNA FMCB LANUNCHER (SCPH-9XXXX Models w/ 2.30 bios), currently residing at version 0.2 the tool is a great asset to the recent breakthrough of the Fortuna Project, which a new ps2 exploit by developer @krat0s (from PS2-Home.com). With this utility by VTSTech you can "quickly launch FMCB or BOOT2.ELF from either Memory Card" as VTSTech details below for full info surrounding this recently released tool:
​
-STLcardsWS​
Continue reading...