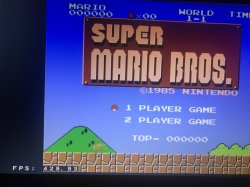 There has been some great work being done in the PS2 community, First off i would like to give two PS2 developer a big shoutout and some recognition (I failed in doing so in my previous coverage back in April, thanks to @TnA for pointing that out ) with work done on the PS2 SDK / Toolchain as PS2 developer's @uyjulian and @Maximus32 have been working and progressing the toolchain and SDK for sometime as you can read about some of that progress and follow some of the development in this thread.

Developer @fjtrujy has also put in some great work to the project and has utilized and adopted the improved toolchain for the RetroArch PS2 port and can be seen with the release of RetroArch v1.8.8 and its been a good descion for the homebrew (multi-system emulator) as it has been getting significant performance increases, right now we only have one new core and its a classic from the 80's (theodore libretro core), but the existing cores have an incredible performance boost for instance the QuickNES​
Continue...
PS2 RetroArch (PS2) - New WIP Toolchain (by fjtrujy) could provide increased performance soon
2 4,579 by STLcardsWS : Apr 12, 2020 at 7:51 PM

Developer @fjtrujy known for porting RetroArch to the PS2 (which now an official port of RetroArch), has also recently announced the intentions of creating homebrew projects with the PS4 (as seen here). However the developer hasn't brushed off or set aside the PS2 port. Experimenting with a new Work-in-Progress toolchain the dev has been able to maximize performance in some cores like the QuickNES core running full FPS (see comparison video below). The toolchain may even provide support for cores that require a bit more juice like the arcade emulator MAME2000, while the core has alot of work yet to be fully optimized it has shown some potential and played some games like Ghost-n-Goblins well (seen in the video attached below),

The developer is seeking " help of the GCC community to finish, some CPU instructions are pending to implement" to maximizes the potential of this new (wip) toolchain. Additional info can be found in the recent tweets by the developer found below. Looks like its early yet for the toolchain and more work needs to be done but appears the dev is on the right track in tapping into some additional potential from the iconic and still development strong PS2.. .​
Continue...
PS2 FORTUNA FMCB Launcher by VTSTech
36 9,736 by VTSTech : Jan 11, 2020 at 10:33 AM

In the PS2 Community developer @VTSTech has been sharing a few new tools and utilities and the developer recently release the FORTUNA FMCB LANUNCHER (SCPH-9XXXX Models w/ 2.30 bios), currently residing at version 0.2 the tool is a great asset to the recent breakthrough of the Fortuna Project, which a new ps2 exploit by developer @krat0s (from PS2-Home.com). With this utility by VTSTech you can "quickly launch FMCB or BOOT2.ELF from either Memory Card" as VTSTech details below for full info surrounding this recently released tool:
​
-STLcardsWS​
Continue...
PS2 The PS2 Fortuna Project (Homebrew Launcher) & N64 Emulation highlights a big week in PS2 development
1 12,887 by STLcardsWS : Dec 3, 2019 at 11:37 PM

The PlayStation 2 Scene is still going strong as we head into 2020 and with the great grandchild the PS5 is on the horizon in the near future, the ps2 continues to prove it's has been a still a powerhouse in the homebrew/development community. This week alone we have seen several developments in the community that are quite spectacular to see released. First we seen a glimpse of potential N64 emulation on the PS2 and then yet another new exploit for the PS2 (not to be confused with this recent method involving a demo disc) that will enable homebrew on your PS2.​
Continue...
PS2 [New PS2 Exploit] Hacking the PS2 using Yabasic on (PAL) demo disc ( by Cturt )
23 15,736 by STLcardsWS : Oct 13, 2019 at 1:20 PM 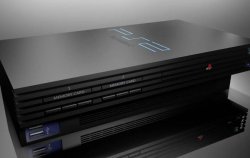 The PlayStation 2 is still in the cross-hairs for many developer's in the homebrew scene, hacker Cturt known for his work with PlayStation 4 exploits has turned his attention to the PS2. The motive for this exploration was to provide a "slightly more convenient" way to execute homebrew on the PS2 and also with the newer consoles being hacked via webkit exploitation and the PAL models Ps2 demo disc that contain Yabasic, the hacker seen the potential and now that potential has came to fruition with the release of this write up of exploiting a PS2 with Yabasic on a PS2 Demo Disc in PAL regions. The developer states in NTSC there may be a future solution (as mentioned in the conclusion of the writeup)​
Continue...
RetroArch v1.7.6 - PS2 Port Now Available w/ 4 Cores + PS4 Progress Report + many platforms updated
2 15,955 by STLcardsWS : Feb 4, 2019 at 1:23 AM 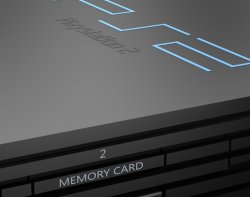 The official release of RetroArch v1.7.6 has been released and one of many highlights in this release is the official introduction of the PlayStation 2 Port of RetroArch from developer fjtrujy, After the developer launched the Nigthly builds this marks the first official release and offers 4 libretro cores to start out and those include 2048 (Puzzle Game) / QuickNES (Nintendo NES) / FCEUmm (Nintendo NES / Famicom / Disk System) / PicoDrive (Sega Genesis/Master Drive/32x), to keep up on the progress give the dev's twitter a follow and look to this thread, where pkgs for running this on PS3 HAN and the PS4 through those console's internal PS2 emulators .. Plus we have the latest progress report on the upcoming PS4 port as well. As of writing this the PS3 link was not up, but we have alerted Libretro and will update once we have a response (Update: PS3/PS Vita/PSTV/PS2/PSP builds all online). Checkout some of the highlights below and be sure to checkout the included source link at the bottom for FULL release notes and details surrounding v1.7.6​
Continue...
PS4 Play ReGBA-PS2 (Gameboy Advance) Emulator on the PS4
4 8,943 by STLcardsWS : Feb 3, 2019 at 1:06 PM 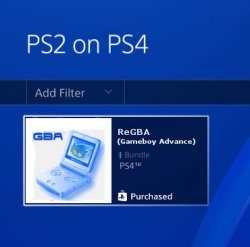 Some more emulation news hits the PS4, in the form of a homebrew emulator for the PS2 packaged for use on the PS4's internal PS2 emulator. Just like PS3 HAN, the PS4 has been utilizing PS2 homebrew (thanks PS2 Scene!!!) to fulfill various homebrew needs such as emulation of Retro Console / devices. This time around we see ReGBA-PS2 (Gameboy Advance) emulator packaged for the PS4. The credits for this port (ps2) belong to developer @belek666 who made the necessary changes for the emulator to work on PS3 HAN and thus the changes by default made it compatible with the PS4 as well. Since there was no actual PS4 package created (even though the port has been working since the changes were made for PS3 HAN) that is when various people came together (7he d4rk h4ck‏ ,notzecoxao with assistance from Markus95), to create a PS4 pkg for use on an exploited (5.05) PS4 console's. ​
Continue...
PS4 RetroArch (PS2) for PS4 - Play QuickNES & 2048 on your hacked PS4
22 18,277 by STLcardsWS : Jan 23, 2019 at 7:24 PM

The PS4 Homebrew Landscape is in better shape at the start of 2019, as we have seen a number of PS4 Homebrew Releases (Check out our PS4 Homebrew DL's). Along with, one of the most anticipated upcoming homebrew was recently announced and has been in development with RetroArch (PS4). RetroArch (PS2) has also been in development (by @fjtrujy) and this is important to the PS4 as well because of the PS2 Classic emulator that is unlocked on exploited PS4 Console (latest exploited firmware 5.05 currently) as the preview port of RetroArch PS2 can be played on your exploited PS4 as we have been seeing various pkgs of PS2 Homebrew for the PS4 being prepare and one of those persons has been scene friend @Markus95 who first confirmed and has now decided to release prepared pkgs for the PS4. Since the PS2 port is a preview edition there is only 2 libretro cores (aka emulators), those core being QuickNES which is a Nintendo NES / Famicom emulator and then 2048 is a homebrew puzzle game. As the PS2 port matures we could see additional cores trickle down (wink

) and as development also on the PS4 port we should see some amazing emulation possibilities on the PS4. Its not a matter of If now but when..... With that said, lets respect all the hard working developers and not pester them, they have shared progress and previews. We can't ask for anymore for something that is being given to us.​
Continue...
PS2 [Update x2] RetroArch (PS2) Preview (includes 2 cores) - Introducing New Nigthly PS2 Releases
27 44,749 by STLcardsWS : Jan 5, 2019 at 12:39 AM

Update (2x): Reports are coming in this PS2 Homebrew is also working on PS3 HAN & PS4 (5.05). With progress making headway on the upcoming PS4 port of RetroArch from a group of developer's, Another developer (fjtrujy) started progress on a PlayStation 2 (PS2) port several months back (view previous progress) and now has a port that progressed enough for a public soft release, Now available in the new RetroArch PS2 Nighties for anyone interested in downloading and trying out the multi-system emulator on your homebrew capable PS2 hardware. @fjtrujy warns that many things need implemented yet and many pending issue remain and only these early release contains two cores currently 2048 and QuickNES. Which is likely to grow and a good gauge to base what is expected for the PS2 port, Would be to view the PSP as that should be a good baseline of what to expect and the PS2 may be able to handy more then the PSP likely.​
Continue...
PS2 (Progress Update) RetroArch PS2 - New port now In development for PlayStation 2
22 32,121 by kozarovv : Oct 10, 2018 at 12:02 PM 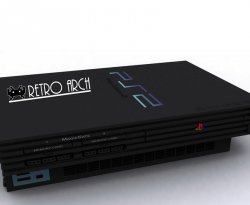 (UPDATE x3 - Progress Report - DEC 2018)
RetroArch and its Libretro Cores have invaded just about every electronic device known to man it seems, as the retro emulation project continues to grow its ecosystem and support a vast amount of platforms, With ports to the PS3, PS Vita, PlayStationTV, PSP & so many other supported platforms (seen here), many PlayStation 2 fans were left wonder if a PS2 port would ever arise and some wondered if it was even doable. Well the libretro team via twitter has answered some of those question with an announcement of an in development RetroArch PS2 Port. This is still early but its good news to see some progress and knowing that this could be coming a reality soon for the PS2 community.
​
-STLcardsWS​
Continue...
Page 1 of 5

N64 Emulator (PS3 PoC wii64 Port by emukidid) Surfaces 9 years after first announced
We have more Nintendo 64 Emulation news following the recent port to the Vita, It appears after 9 years since it was first announcements and previewed, the mythical PS3 Port of wii64 (mupen64) has finally surfaced, From one of the developer behind the port emukidid, the developer recently found the files for the old (unreleased) PoC for the PS3 on an old HDD and decided it was time to release the PoC to the public, However, don't get too excited as the emulator is very rough around the edges and is simply a proof of concept as stated that needs alot of work but the developer does leave some bits of info and even a lending hand. Back in 2011 development did not get off the ground to far past the initial phases due to various roadbloacks (explained below), In the current form its only running in "interpreter only" and does not have the advancements needed to run many games at all, but compiled in pslight v2 could provide some recent changes and maybe even better support. Below you will see a quote from the developer (emukidid) and also some instructions / video demo from psx-place user @SniperSnake whom recently was exploring some N64 options himself.

Its great to see this emulator and its source finally emerge and perhaps gives some hope or inspirations for others to bring this project full circle and create a stable n64 emulator for the PS3.​
-STLcardsWS​
Continue reading...