News Coverage of the PS4 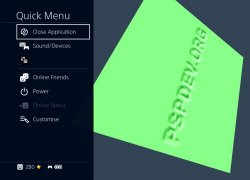 First it was PS2 Emulation that came to exploited PlayStation 4's but now the developer's have appeared to made progress towards unlocking PSP Emulation as well on the PS4. As sometimes the case with re-release of games from older generations they contain not only the game but an emulator to play the original files. KiiWii (from GBAtemp) had noticed that Parappa the Rappa (PS4) files matched the PS2 Classic structure, from there a bit more digging was done and it was then concluded that Parappa the Rappa for the PS4 was running on a PSP Emulator. This is great news for the PS4 Homebrew Community and means some new adventures for PSP Emulation on the PS4 are on the horizon. Don't forget on PS4 Linux Side of things as well, PSP emulation is also possible, a recent Linux Distro by the PSXITA Team (psxitarch linux) bundles various emulators like RetroArch/PPSSPP so be sure to give that new distro release a look as well.​
Continue...
PS4 Psxitarch Linux released (by PSXITA TEAM) - Adds Support for 3D Graphics, Bluetooth, Wi-Fi & More
26 34,086 by kozarovv : May 4, 2018 at 4:04 PM 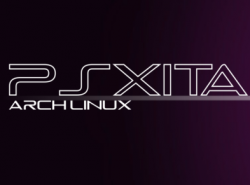 The PS3ITA PSXITA Team known for the work in the PS3 Scene with homebrew/cfw/tools has been working on the PS4 lately and they have a NEW Linux Distro for the PlayStation 4 (exploited) they created call Psxitarch Linux which is a based on Arch Linux. This distro contains support for Bluetooth, Wi-Fi, Ethernet, USB Sound Cards and then my favorite 3D Hardware Acceleration, which powers emulators (that are included) such as RetroArch (linux), mupen64plus (Nintendo 64), epsxe (PS1), ppsspp (PSP) and also Steam all running on this new Linux distro. Bad news for PRO Models you will be sitting this one out for the time being as your console's are not currently supported the team does provide some additional details in the release notes. The distro also includes various applications that makes this a very intriguing release from the PS3ITA Team,
​
-STLcardsWS​
Continue...
PS4 Minimum Firmware Versions for Games List (psdevwiki)
1 43,538 by Derf Jagged : Apr 22, 2018 at 10:52 PM 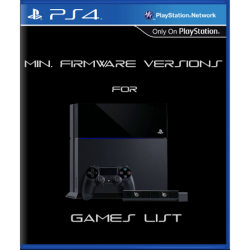 Have you ever wondered what Games are playable on your Exploited PlayStation 4's firmware? Well no need to wonder anymore as there is a great list that has been compiled for the community titled detailing various games and their Firmware Requirements. The list is not complete and @Derf Jagged has asked me to give this list some promotion to get the word out about this useful resource, so that other's can contribute as well to help make this a much more complete list. So don't go in the dark when you go and purchase your next PS4 Game and try to play it on your exploited PS4 Console.​

Hello to all and a (Happy Friday The 13Th)

For this homebrew enthusiasts the PS4 Scene has been a little boring in that aspect as PS4 homebrew projects have been very scarce, we have seen some interest , like recently as we seen deank looking into multiMAN for the PS4, but today we have great news from developer m0rph3us1987‏ who has released an two early PoC Emulators PS4NES a Nintendo NES Emulator (based on LaiNES) & Also a PS4GearSystem Sega Master System Emulator (based on GearSystem). These early emulators ports will need some work yet (but are very playable) as there is some issues (such as sound choppyness) as you will see(hear) in the video seen(heard) below, that is showcasing this new and exciting PS4 Homebrew App for an exploited 4.55 PS4 Console. Is this the jolt the PS4 Homebrew Community needs? Hopefully, nonetheless Its great to see this PoC and two new great native homebrew projects for the PS4,​
Continue...
PS4 PS2 Classic GUI + PARAM SFO Editor (by TheDarkprogramer)
0 9,273 by STLcardsWS : Apr 9, 2018 at 8:51 PM 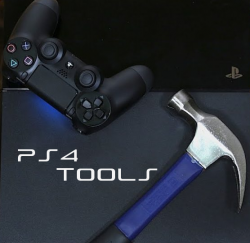 @TheDarkprogramer has recently released a couple of new utilities for the PS4, these will end up being must have for many PS4 user's. The first tool released was the PARAM SFO Editor, which is a useful utility for editing aspects of your pkg files, you can learn more about this file type over at the >> ps4devwiki,

The developer also released a PS4 version of a PS2 Classic GUI, so creating Custom PS2 Classic pkgs of your own for your exploited PS4 has now become much easier thanks for this tools.The developer plans for additional updates, so feedback is welcome in regards to your experience using the tools and new features/idea's that could be implemented. ​
Continue...
PS4 Remember about Modchips? The PS4 might get (kind of) one!
4 14,773 by Roxanne : Apr 9, 2018 at 2:47 PM

Maybe you are one of those older people who still can remember that - instead of Reverse Engineering with some Software inside each Operating System to install a Custom Firmware (CFW) - you had to take apart half of the console by soldering a "tiny little piece of additional hardware" only to get Homebrews and Backups running on your older PlayStation consoles. Not only this was way more harder to accomplish compared to "todays standards" by installing a CFW or using a Webkit exploit to get full control of your PlayStation consoles, it was mainly created for older PlayStation Hardware with mostly one goal only - which was sad enough - Piracy. But Today, Developer @_AlAzif announced "his own intepretation about a modchip for the PS4", which will help you for using the latest webkit exploits without dismantling the whole console and without any need to host some exploit files on your home server or exploiting them via the Internet.​
Continue...
PS4 FreeBSD - 4.55 Kernel Exploit write-up published by SpecterDev
1 6,908 by Roxanne : Apr 2, 2018 at 2:56 PM

Developer @SpecterDev published a write-up on his GitHub repo about the latest PS4 Kernel Exploit on System Firmware 4.55. But as you may already recognized from the Title of this News, he explains at his write-up that this mentioned Kernel Exploit is not only convenient for the PS4 itself - it could be also useful for other console platforms using FreeBSD in general, which sounds very interesting. This great write-up also shows how the PS4's System Firmware is running on FreeBSD in general and how the Developers behind the PS4 (didn't) tried to made this System secured from exploiting it.
​
Continue...
PS4 PS4PKGViewer updated to v1.2 by LMAN
0 10,226 by thehero_ : Apr 1, 2018 at 3:31 PM

Developer LMAN aka leecherman is back with a fantastic new tool called PS4PKGViewer. This small utility for the PS4 is a tool to view PS4 Package Structure of any ps4 pkg file which is useful for obtaining various Info. about the file. Additional details of this update (v1.2) can be viewed in changelog for information.​
Continue...
PS4 Meet Orbital - An early-stage PS4 Emulator by AlexAltea!
7 22,887 by Roxanne : Mar 24, 2018 at 7:05 PM

When a new console generation get's released, there is always the question sooner or later: "Can I emulate it on my PC?"
While one side tries to emulate older Classic Titles on newer consoles - like running PS2 Game Titles on the PS4 - then there are also other people who tries to run newer Game Titles on the PC. And since we speak already about the PS4, maybe we should have a look what those other people are trying to achieve about PS4 Emulation on PC.

Well-known developer AlexAltea is one of those other people mentioned who tries exactly right that with his - as he calls it - "Virtualization-based PlayStation 4 Emulator", named Orbital.​
Continue...
Page 7 of 18

FORTUNA FMCB Launcher by VTSTech
In the PS2 Community developer @VTSTech has been sharing a few new tools and utilities and the developer recently release the FORTUNA FMCB LANUNCHER (SCPH-9XXXX Models w/ 2.30 bios), currently residing at version 0.2 the tool is a great asset to the recent breakthrough of the Fortuna Project, which a new ps2 exploit by developer @krat0s (from PS2-Home.com). With this utility by VTSTech you can "quickly launch FMCB or BOOT2.ELF from either Memory Card" as VTSTech details below for full info surrounding this recently released tool:
​
-STLcardsWS​
Continue reading...