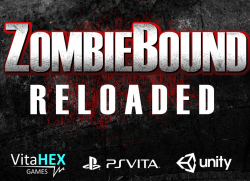 VitaHEX Games is bringing the heat with his recent release of ZombieBound Reloaded (a CoD Zombie inspired game) and then with the much anticipated game (upcoming) release simply titled "The Hallway", when you see the first screenshot of this game you will see that all the title needs as its remake of the Hallway from the infamous Silent Hill P.T. demo, Then as we all know that game was unfortunately abruptly canceled, but this inspired VitaHEX to bring his vision of the game he created some time ago to the PS Vita / PlayStation TV through the power of Unity 3D which has also been seeing its fair share of PS4 Releases as well of late.. Wink Wink @ VitaHEX have any plans/interest for some PS4 ports of your awesome games creations?

Let's take a look at the recent update to ZombieBound Reloaded (v0.21 currently) as the homebrew game has seen a lot of improvements in the latest updates. Since the initial release of "Reloaded," we can now buy/unlock new weapons and purchase new levels (w/ in-game currency (gold bars)) from the Store that has now been included. 4 new weapons appear, New Level "The Hospital" has been added, New Zombie Sounds, Improved Fog and Lighting are just some of the new inclusions in v0.20 and 0.21 (which was quickly released to address a shotgun aiming bug,)​
Continue...
PS Vita / Ps TV Modoru (1.0v) - PSVITA/PSTV - Downgrader (3.65-3.70) - By The_Flow
5 10,664 by Naked_Snake1995 : Feb 15, 2019 at 8:37 PM

Great news for the PlayStation Vita scene, as today developer The_Flow, just hit a huge milestone with the developer's newest release to the community, Modoru (1.0v) for the PlayStation Vita and PlayStation TV (Vita TV) provides user's with the amazing ability to Downgrade your device with supported Firmwares up to 3.70. An incredible achievement that includes additional details below for executing this on your device.​
Continue...
PS Vita / Ps TV Vita Homebrew Browser (VHBB) v0.83 - MOD:
0 20,119 by STLcardsWS : Feb 2, 2019 at 12:27 AM 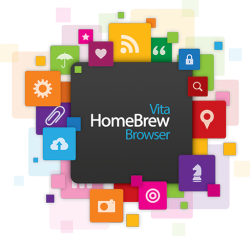 The Homebrew Store for your exploited PS Vita / PlayStation TV known as Vita Homebrew Browser (VHBB) has received an unofficial mod, which adds a new host (Vita Homebrew Wiki) to supply the DL's.. In the official releases VitaDB was the supplier but due to a disagreement with OneLua developers VitaDB does not carry those OneLua powered Homebrew (which is quite alot of homebrew). So this mod to the homebrew browser adds their own Vita homebrew to the store on the popular Homebrew Store in this modded version of VHBB.​
Continue...
PS Vita / Ps TV Zombiebound Reloaded Alpha (by VitaHEX Games)
0 2,162 by STLcardsWS : Feb 1, 2019 at 11:08 PM

VitaHEX Games has revisited one of his Homebrew Games for the PS Vita known as Zombiebound (from 2017) with an update and complete overhaul of the game that is now powered by Unity. Now called Zombiebound Reloaded, the survival zombie experience is back in a big way with this recent update from the developer. This Alpha version comes with two levels and various (4) weapons available, future updates are planned but the dev might get sidetracked for good reason as the next project has already been teased and this one might really interesting.​
Continue...
PS Vita / Ps TV ref00d (plugin) Released - Run Games / Apps that require a higher FW from your own
17 11,489 by Zwei : Jan 13, 2019 at 12:12 PM 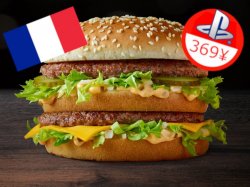 Following the big news from Team Molecule several weeks ago and effectively opening the system wide open, it was only a matter of time before we would start to see other developer's start putting the finding to use and we have seen the FAPS Team (team members listed below) have recently released a new (taiHEN) plugin called ref00d, this plugin is a big deal, as it will allows users/devs to use content that would otherwise require a higher firmware to be played/executed on a lower firmware for your exploited PS Vita or PlayStation TV. Typically not an easy task to reach but thanks to Team Molecule's research and the FAPS Team we now have a ready to use simple plugin solution to remove those firmware restrictions, see additional details about this plugin release in the release notes provided below by the development team.
​
-STLcardsWS​
Continue...
PS VITA / PS TV Huge Vita News from #35C3- @yifanlu & @DaveeFTW presents their Talk "Viva la Vita Vida"
4 8,939 by Roxanne : Dec 29, 2018 at 5:35 PM

Following up with their announcement that they will introduce their Achievements in "Vita Hacking" at the #35C3-Congress, both Developers @yifanlu and @DaveeFTW from @TeamMolecule today presented their Talk: "Viva la Vita Vida". And in this Thread, you will learn what they got achieved with their Hacks but also what this means for the Community of "Vita Hacking" in future. And to "spoil" you a little bit, we recommend that you will read this Article while sitting on your chair in case you would come off because of your roar with laughter. 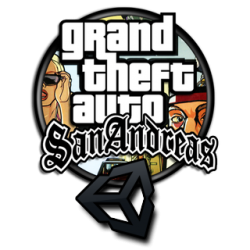 (UPDATED (October 7 2018) see "Update v1.2" TAB in article for new Major Improvements with Weapon System & more)
(Original article via September 29) >> The Grand Theft Auto San Andreas experience on the Vita? Yes, you have read that right, GTA-SA to Unity (dubbed Unity-SA SAunity). While not a complete port of the game, many aspects of the Open World Game (that debuted on the PS2) Classic are being added with some Proof-Of-Concept media (Screenshots & Video) shared of this project. The Vita build is still in development and needs some work yet but the project is coming along and hopefully we see this progress, there is no VPK for installing on your exploited PS Vita / PlayStation TV devices (yet as it still in development), however the source code has been published on Github for anyone to contribute. Stay tuned as this is a very interesting project to hit the platform.​
Continue...
PS Vita / Ps TV LOLIcon - New Overclocking plugin (500MHz) by dots_tb released
7 12,133 by STLcardsWS : Aug 25, 2018 at 7:26 PM 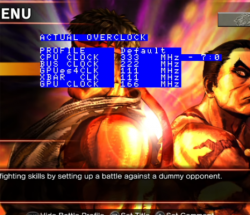 .Developer dots_tb has released a new Overclocking plugin called LOLicon for the PS Vita / PlayStation TV that will obtain an overclock speed of 500MHz!!! This is kernel plugin that utilizes Joel16's VSH Menu and as a result provides you with onscreen access and options that the LOLIxon plugin provides, this plugin is still a work in progress and labeled experimental but it appears the developer has a great foundation to the project that is surely to evolve.

As i was prepping this article psx-place member @Naked_Snake1995 posted in the comments below a great point, Vita user's may be at a disadvantage as the power consumption could drain your battery quicker, where as PSTV user's would not have that worry, this is theory is untested at this very time and unknown exactly how much your battery would be impacted but it surely going to impact it in some way. So beware of that aspect and let us know your experiences after using this plugin (but keep in mind its still experimental)..​
Continue...
PS Vita / Ps TV EDuke32 Vita v1.0 (by Rinnegatamante) - Play Duke Nukem 3D on your VITA / PSTV
1 4,678 by STLcardsWS : Aug 24, 2018 at 12:03 AM

Rinnegatamante whom is known for his extensive library of PS Vita Homebrew (see complete list of Homebrew / plugins >> here) is back with a new release for Duke Nuken 3D fans as the dev has a new port for the community as EDuke32 Vita v1.0 has been released. As usual Rinnegatamante has some plans laid out for what could come in the next updates as well. See full release notes included​
Continue...
VITA / PsTV [UPDATE] New Vita Jailbreak coming in July 2018 (3.65-3.68 HENkaku / 3.65 Enso) from TheFlow
17 17,554 by STLcardsWS : Jun 16, 2018 at 10:45 AM 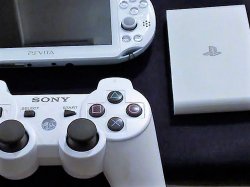 As the PS Vita Community knows hacker/developer TheFlow had discovered a new vulnerability for jailbreaking the PS Vita / PlayStation TV (Vita TV). The developer had planned for a much later releases since the Vita seems to be nearing the end of its life cycle and since official support could cease down the road. The idea being it was better to hold on to this exploit saving it until Sony officially pulled the plug on the device(s). However, since that time another exploit was found and thus this exploit (the first one) has moved up the release date to a new date of >> July 1 2018.

With firmware's 3.65-.3.68 there will be a new window to install the HENkaku hack which is a HEN (Homebrew Enabler), But if your on 3.65 firmware you can even take it a step farther by having the ability to install Enso (the CFW framework), With this soon to be released method TheFlow is saying you will need a Memory Card(see update), as no other storage medium including the system's internal storage will not work.​
Continue...
Page 2 of 39

Mednafen v0.3 (PS4 Homebrew) - Multi-System Emulator adds support for new emulation
There has been a PS4 developer's known as Znullptr who has ported several emulators to the PS4 (jailbroken) already with systems like the Sega Saturn, Dreamcast & PS1 to name a few of the ps4 homebrew ports present on the GameOS side of the console (ps4). We know already that emulation via PS4 Linux is capable of running many more emulators like RetroArch (Linux) for example, but lets be honest ps4linux can be a bit of process to get up and running when you power on your console for some quick convient play. So when we see new things on the PS4's main menu that is exciting to see, when its in regards to emulation especially.

This time around the dev decided to port a popular multi-system emulator, no not RetroArch but Mednafen, originally the port was released some weeks ago by port developer Znullptr and presented to us by Markus95 and since @Markus95 has seen presented some improvements with regards to the cfg file that has fixed several broken platforms (Virtual Boy, WonderSwan & WonderSwan Color) due to the control scheme that was not compatible with the DualShock 4 layout, with a re-configured "mednafen.cfg" file those issue are eliminated. There has been 4 player support added also and a few new tweaks Markus95 plans on addressing via future tweaks of the cfg file.​
Continue reading...