Unlike the PlayStation 4 with it's slow Homebrew Content, the PlayStation Vita always saw a strong Content of Homebrew and other useful Plugins, which makes your life easier with a hacked PS Vita. In fact, we still see today new plugins released for this Handheld Console, no matter if you want to Overclock your PS Vita to make your favourite Games even better performing or if you just need some handy tools like an always running FTP Server, where you can transfer your favourite Games and other Homebrew Releases on-the-fly. But installing them wasn't always a easy task and there was even a risk when adding them manually, which could harm your complete System when pressing a wrong button. In short, it was always elaborate to install all those wonderful Plugins bit by bit. But luckily we had Autoplugin for this in the past and today, well-known Developer @thehero_ together with the ONElua Team are releasing Version 2, where not only you can now see which Plugins you have already installed on your PS Vita, but also that you can now directly download all translations inside of Autoplugin without any need to quit the App as it was necessary before. Together with more new Features you can see down below and with a new Design, Autoplugin 2 will make your life even more easier now for both you and your PS Vita!​
Continue...
PS Vita / Ps TV BGFTP v1.0 (by GrapheneCt): Background FTP server for transfering file to your Vita
0 2,071 by STLcardsWS : Feb 23, 2020 at 1:22 PM

Developer GrapheneCt has released BGFTP, a new FTP server that works in the background. It does not matter if your in-game or sleep mode or hanging around the Live Area, The FTP transfers are always working while the developer says this will not impact any performance of the running task, but does add a warning that transfer can be slowed down since they are running on Reserved System Cores and will be knocked to low priority on those reserves, but nonetheless a great way to transfer files from your PC (or other devices servicing as a FTP server) to either your homebrew enabled PS Vita or the PlayStation TV (aka vita tv)..​
Continue...
PS News Universal Media Server v9.2.0 Released
2 5,700 by STLcardsWS : Jan 20, 2020 at 8:29 AM

Universal Media Server has now been updated and matured to v9.2.0 by the UMS team, lead by developer Subunk. The UPnP / DLNA & HTTP/S Media server works on your PS Vita / PlayStation TV, PlayStation 3 (PS3) and PlayStation 4 (PS4) and a tons of other devices you may own (see tab below for all devices supported) This is an extremely well built project that has been in development for years now and continues to evolve and grow with the dedication from the UMS development team. This utility will run on many operating systems and will connect to your supported devices to stream your personal collections of media (audio/video) via your locally connected network. See many details included below and also at the UMS official website we have linked below:​
Continue...
PS Vita / Ps TV vitaQuakeIII v0.9 Released - Data Files Downloader Added + "Urban Terror" support added
0 2,502 by STLcardsWS : Jan 12, 2020 at 10:18 AM

Rinnegatamante has released version 0.9 of VitaQuakeIII for your homebrew enabled PS Vita for when your on the go or your PlayStation TV / Vita TV when your gaming away on the big screen. Either way this is an enjoyable homebrew port. In this version marked as 0.9 the developer has added an Automatic Data FIle Downloader when data files are not present. This makes the release much easier to install and setup and a nice edition to the vita homebre. There has been alot of attention to performance as well in this update the addition of dynamic libraries support for OpenArena core has provided a significant boost. Also, this update provides some experimental support for Urban Terror. This add-on is multiplayer, but as the vita port developer explains in the release notes provided below there will be some issue as outlined due to this was a release designed for the PC and the Rinnegatamante had to do quite a bit of work to get it running on the Vita:​
Continue...
PS Vita / Ps TV Volume Control Pack (by GrapheneCt): Control system Audio in real-time
0 1,673 by STLcardsWS : Jan 11, 2020 at 2:24 AM

One of the advantages of having an exploited system is the ability to create solutions and developer GrapheneCt has done just that with this latest release for the PS Vita or a PlayStation TV/Vita TV. If you find yourself with a hardware limitations/malfunction (like a broken volume button) or simply the ability to adjust the volume in real-time by an alternate means, then Volume Control Pack is something to keep a watch on as this project develops. In this initial release you can install the vpk or you can also install plugin for some added functionality.

According to famed Vita developer @Rinnegatamante this release marks the first "system app" homebrew.. "system app which means you can run it while another app is running (eg: Open VitaShell and then open this homebrew and it won't ask you to kill VitaShell at app launch)"​
Continue...
PS Vita Meet "PSVshell" - a very beautiful and useful Overclocking Plugin by Electry
6 7,492 by Roxanne : Dec 7, 2019 at 3:29 PM

The PlayStation Vita was a "powerful" Handheld Console back when it was released by the end of 2011 - wow, already 8 years old btw

. But claiming by Sony that it can bring you the same power and good Gaming Experience like a Home Console, soon many people found out that this isn't the case for all Games released. But luckily, thanks to the great Homebrew Community behind the PSVita, we already saw in the past many "Overclocking Plugins", which can bring you the full potential to your PSVita, even more powerful than Sony would allowed. But sometimes, even those weren't perfect

. Either they slowed down your Games when in use, they crashed the whole System or it was just some simple things like that the whole Screen was "crowded" with the Details of each of your setting everytime when you needed to change them. But the cool thing is, this Homebrew Community hears your complaints. So Developer Electry worked on that and introduced his very own Overclocking Plugin - it's "yet another overclocking plugin" to quote him - by fixing all those problems mentioned before. And the coolest thing is, it looks pretty damn good and it's very useful as well, if you ask me!​
Continue...
PS VITA / PS TV h-encore² released by TheFloW - Surprise Release for System Firmwares 3.65 until 3.72!
26 18,501 by Roxanne : Aug 26, 2019 at 2:09 PM

It is a little bit quiet in these summer days, don't you think? Most people were enjoying their holidays by all the sunshine. Luckily famous PlayStation Vita-Developer TheFloW was busy these days and brings you a suprising Release with an updated Version of h-encore - namely h-encore². Yes, his last release already had a similar name but nevertheless, the main headline for this release is that with this updated Version, you are now again allowed to install you favourite Homebrew, Plugins or you can even Downgrade your PlayStation Vita to a lower System Firmware (thanks to Developer @SKGleba, the latter is now supported with his self-made plaintext loader) and all that from the newest Original System Firmware (OFW) released by Sony (by the time of writing this article). This is huge news, especially for users, who were on a higher System Firmware, which was unsupported to do all those things and the coolest thing is, this Exploit works as simple as the previous Version did. So without any further ado, here are each Steps needed to get this exploit running on your PlayStation Vita. Happy Cracking. 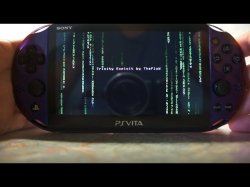 Following up after the Announcement from @TheFloW back at the End of March this year, today @TheFloW "let the cat out of the bag" by releasing his newest Jailbreak for the PlayStation Vita, which will allow you to jailbreak both your PlayStation Vita and PlayStation TV even on the newest System Firmwares 3.69 and 3.70 (which weren't able to jailbreak before). But not only that. While you can jailbreak your Devices on the specific System Firmwares mentioned before, you can also Downgrade your PlayStation Vita / TV to a lower Firmware to get the full potential of your Device like with the famous Hacks and Exploits on System Firmware 3.60 (such as HENkaku and modoru) and 3.65/3.67/3.68 (such as h-encore). So while you have been probably already prepared for this release back at the first announcement, together with the fact that @TheFloW was so kind to release his final Jailbreak even earlier as previous announced, we won't keep you on tenterhooks anymore. Here is everything you need to know.
​
-Roxanne​
Continue...
PS VITA / PS TV PS Vita 3.69/3.70 Jailbreak announced by TheFloW - Get your PS Vita prepared!
6 24,234 by kozarovv : Mar 30, 2019 at 10:15 AM 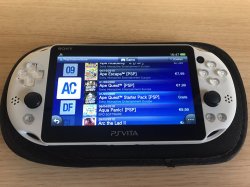 Since both the newest System Firmwares 3.69 and 3.70 are still not exploitable, Developer @TheFloW gives you in his newest GitHub Announcement an overview about what you can expect in the next few weeks with the main goal that you can prepare your PlayStation Vita with everything which is necessary needed to jailbreak those mentioned System Firmwares to enjoy your PlayStation Vita again with your favourite Homebrews while staying on the newest System Firmware. And the good thing is, it is actually pretty easy for everyone to get prepared for the Release of his newest Jailbreak! The only thing which could get worse is when you miss his deadline, he gave the community to prepare your PlayStation Vitas. Luckily with the 3G Model, you can finish the preparation while being outside and enjoying the sun together with the start of the spring time, like I already did. 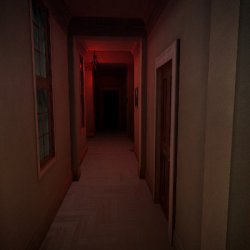 Once again, VitaHEX Games is bringing another hit for the PS Vita & PlayStation TV homebrew community with the release of The Hallway, following the release of the smash hit of Zombiebound Reloaded, (A CoD Zombies style game) the developer is back with a Silent Hill P.T. (the infamous demo) inspired game called The Hallway. This game powered by Unity is a reincarnation of the famous PS4 demo that excited many only to see the original game canceled. Now VitaHEX brings his vision with high quality sounds that are great in a surround sound environment or as the developer suggest headphones for a truly horrifying experience[​
The developer has also published a Guide for Unity development on the PS Vita platform titled: How to setup Unity to develop PS Vita Games​
Continue...
Page 1 of 45 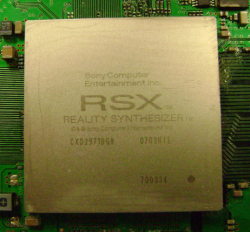 [UPDATE: March 27th, '20] HW Acceleration (RSX) Project Update by @ReneRebeTM
UPDATE (March 27th, '20) - Another New Video Released >>> The next PS3 NVidia RSX accelerated X.org steps (Original Article from Nov. 14) Is the PS3 a bit closer to gaining Hardware Acceleration (via RSX) in OtherOS (Linux) with a proper driver to enable the GPU chip? We are not there, but we may be getting closer to a reality. Earlier this year (back in April) we detailed some of the progress that the busy dev RenéRebe has made with unlocking the potential of the PlayStation 3's RSX chip and now today we have been greeted with a new video and what we can expect with this project as the developer starts to undertake the challenge of further unlocking one more component of the Ps3 hardware,. The developer has alot of videos on other intresting subjects in his diverse YouTube channel >>> (Bits and More) <<< many very informative video's..​
Continue reading...