Since @Joel16 showed us his "Initial Release" of the PSV-VSH-Menu plugin back in April 2017, he has still at hard work to improve this plugin, not only with small bug-fixes, but also with several improvements and new features. Now the dev has updated his plugin to Version 2.0.

If you didn't know what this plugin is use for, it will allow you the access of several Hardware & Software based Functions to get control of your PSVita like overclocking the CPU & GPU clock speeds, displaying a "remaining hours" status from the internal battery and many more.​
Continue...
PS VITA / PS TV CelesteBlue previews a decrypted Kernel Dump from FW 3.65!
3 8,180 by Roxanne : Mar 13, 2018 at 1:37 PM 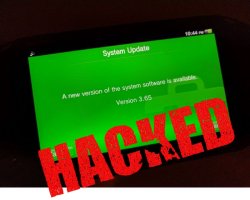 Not only the PS4 saw it's "Holy Grail release" a few days ago, now developer CelesteBlue has previewed on his Twitter-Account the Vita's version of the "holy grail". A decrypted kernel dump from the PS Vita's System Firmware 3.65, which looks very promising for future exploits on higher Firmware >3.60 and above. ​
​
Continue...
PS VITA / PS TV vitaXash3D [Release 3] - Touch Support / Improved Performance / Included Mods
0 5,092 by STLcardsWS : Mar 13, 2018 at 12:21 AM

Vita Developer fgsfdsfgs who brought the engine (open source variant) that powers the classic Half-Life, has dropped "Release 3" of vitaXash3D, this version comes various progressions. Some of those improvements will be seen performance, along with new features that brings touch support and also new mods included "out of box" come with this releas. The developer is also warning that saves from Release 1 and 2 may not be compatible with this version. All details of this update can be seen in the info provide:​
Continue...
PS VITA / PS TV Henkaku / Enso 3.65 for 3.60 user's Released by TheFlow!
45 34,075 by kozarovv : Mar 11, 2018 at 6:02 PM 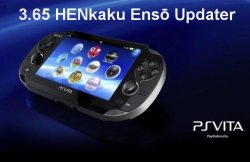 Following the preview that @Roxanne (psx-place's newest addition to the writing team) informed us a few days ago, now comes the official release from developer TheFlow as he drops 3.65 HENkaku Ensō Updater, this will not jailbreak 3.65 firmware, what it will do is allow EXISTING exploited (HENkaku) 3.60 user's to update to 3.65, no longer keeping you in the 3.60 sandbox and allowing your to play additional games since the HENkaku release. Be sure to checkout all the details and information provided by TheFlow, as the dev has also updated the Adrenaline, DownloadEnabler, NoNpDrm and SD2VITA utilities to support 3.65 links also provided below.​
-STLcardsWS.​
Continue...
PS VITA / PS TV VitaQuakeII v1.5 - Hardware Acceleration now added by Rinnegatamante
0 3,335 by STLcardsWS : Mar 10, 2018 at 10:19 AM

It was a couple of weeks ago when developer Rinnegatamante tweeted about the progress of VitaQuake II with Hardware Acceleration (vs previous Software rendering). We have seen the dev already do this with VitaQuake and we are seeing other projects support VitaGL which is providing Hardware rendering of various Homebrew's. Another great Vita project powered by VitaGL recently was VitaXash3D which allows you to play Half-Life on your Vita & PlayStation TV (VitaTV). Hardware Acceleration will improve the graphical and gameplay experience and also make new things playable that were not once able to, like half-life. but now Quake II get the attention and from v1.5+ the Vita port will be with HW Acceleration. This should be one of the best looking version by a long shot, so give it a test run and enjoy some soundtracks as the dev has also fixed MP3 Support (Soundtrack Support), See full changes below.​
Continue...
PS VITA / PS TV TheFlow ports HENkaku Ensō for System Firmware 3.65!
0 5,802 by Roxanne : Mar 9, 2018 at 7:52 PM

We seen a Homebrew Media Player finally appear on the VITA / PSTV but another really impressive project this time around by developer fgsfds called vitaXash3D has popped up this past week as well, In the recent months we have seen vitaQuake use Hardware-Accelerated rendering (VitaGL) which has greatly improved the graphical experience and soon to be vitaQuake 2 (details), but now a new engine has arrived as it appears on the Vita for the first time The Open Source Engine (Xash3d-FWGS Engine) that aims to improve the original GoldSrc Engine, which is the engine that powers those iconic Retro Shooters Half-Life & Counter-Stike, unfortunately at this time Counter-Strike is not supported with this port, but perhaps that changes in the future... However Half-Life (if you own the game) & many mods are performing very well on your PS Vita / PlayStation TV (Vita TV), so this is really cool project and a great shooter that was really ahead of its time when it originally was released. Any Half-Life Fans here at psx-place, if not and are a fan of first person shooters you have to check this out it pioneered many elements still used today games, then the many mods really expand the playablity.​
Continue...
PS VITA / PS TV Vita Media Center (WIP - v0.1) by Arkanite
1 9,231 by STLcardsWS : Mar 2, 2018 at 7:24 PM

Developer Arkanite has a NEW - Work in Progress homebrew called Vita Media Center, which is a very welcome addition to the Vita library of Henkaku Homebrew. This is an early build of the homebrew and hopefully will see many improvements as this initial release looks great and no doubt has alot of potential. This is early in the project's life so there is some bottlenecks and restrictions, but the developer already laid out some plans for improving various components . Currently the videos support surrounds Vita's native Mp4 formats, as this progresses we are hopeful to see additional formats supported for this amazing new project by Arkanite.​
Continue...
PS VITA / PS TV TheFlow cracks Vita Firmware 3.67 ("Will Release" but "Not Soon")
18 22,542 by nCadeRegal : Feb 18, 2018 at 11:35 AM

TheFlow has brought some clarity on the recent updates (commits) made to VitaShell suggesting 3.67 Support, It is indeed true that 3.67 is now exploitable for the PS Vita and sibling devices the PlayStation TV (Vita TV). The dev has now confirmed on his official twitter (tweets below) that user and kernel access on Vita's 3.67 Firmware has been achieved, However, do note before you get too excited, the developer won't release till end of year, in what seems to be a move to wait out any future Vita firmware updates that may be on the horizon,. The dev has also stated (if time allows) the possibility to update HENkaku Enso to 3.65 for existing Vita user's, but in the future we might see all vita devices with a new window for exploiting .Its unclear if the recent Vita Bootloader Hack aided or had anything to with this hack but details are sure to emerge in the coming weeks and months What ya think about this announcement from TheFlow?​
-STLcardsWS/ nCadeRegal​
Continue...
PS VITA / PS TV Something good is going on in the PS Vita Scene
6 8,762 by kozarovv : Feb 17, 2018 at 10:33 AM

It appears "Something good is going on in the PS Vita Scene" says psx-place's own kozarovv, As the recent commits by xyz (team molecule member) and then TheFlow (VitaShell Creator) Github pages some rather interesting discoveries were found in those recent commits as also The_Hero (of Games&Consoles) points out about some new commits arising following the news from last week when Yifan lu (a member of Team Molecule) disclosed the new HENkaku Enso Bootloader Hack to the Vita Community. Since, it now appears there are some rather interesting developments coming to fruition in the Vita's ecosystem. Are we are likely in store for something big for the Vita Community, like 3.67 breakthroughs? It sure looks that way, currently, we are only making suggestions and concluding details from the commits across these Open Source Projects from elite vita devs. As these changes are signaling something is on the horizon. @kozarovv laid out some of the important bits of information that can be gather from those recent commits made available ​
-STLcardsWS​
Continue...
Page 4 of 45

vitaQuakeIII v0.9 Released - Data Files Downloader Added + "Urban Terror" support added
Rinnegatamante has released version 0.9 of VitaQuakeIII for your homebrew enabled PS Vita for when your on the go or your PlayStation TV / Vita TV when your gaming away on the big screen. Either way this is an enjoyable homebrew port. In this version marked as 0.9 the developer has added an Automatic Data FIle Downloader when data files are not present. This makes the release much easier to install and setup and a nice edition to the vita homebre. There has been alot of attention to performance as well in this update the addition of dynamic libraries support for OpenArena core has provided a significant boost. Also, this update provides some experimental support for Urban Terror. This add-on is multiplayer, but as the vita port developer explains in the release notes provided below there will be some issue as outlined due to this was a release designed for the PC and the Rinnegatamante had to do quite a bit of work to get it running on the Vita:​
Continue reading...